A team of scientists recently developed a new approach to prolonging shelf life. They say the biological procedure could serve as an alternative to chemical-based methods.

What they found was that a process called hot water treatment, or HWT, combined with a biological agent decreased storage rot and reduced harmful fungi.

It works by engaging the fruit’s natural defences through a “heat shock". The addition of the bio-agent caused a stir in the microbiology world because it was found have a stronger impact on fungus than HWT alone.

While the team only tested the ecological method on apples and sugar beets, it could apply to many kinds of produce.

They say it has sweeping implications for minimizing food loss in increasingly environmentally-conscious markets.

How the biological method works

In the experiment, scientists infected apples with elements that cause decay.

Then, they gave the fruit a hot water bath. This included treatment with a biologically based agent. As a result, the process killed, or reduced in size, post-harvest pathogens.

“This combined approach is a sustainable and ecologically sound way to reduce apple blight. On the basis of this method, we can optimize apple storage together with industrial project partners," explained Gabriele Berg, head of the institute.

Apart from focusing on methodology, the team specifically looked into the microbiome of apples and crop protection for sugar beets.

In one study, they wanted to understand how HWT impacts the microorganisms in apples. They found that the microbiome of an organic apple differs greatly from that of a conventional apple.

The team also investigated crop protection for sugar beets by looking at the fruit’s sugar levels. Conclusions revealed that there is a way to identify if sugar beets are susceptible to rot even before they are harvested.

This development could save millions of sugar beets, according to the team. It could also decrease economic losses. Besides, EHPEA promotes investment opportunities in the nation so as to further build the image of the country and introducing the brand of its member farms and their produce.

On the expo the new Ethiopian Ambassador to the Netherlands, Mr. Million Samuel visited EHPEA country pavilion and encouraged the growers who were taking part at the expo. 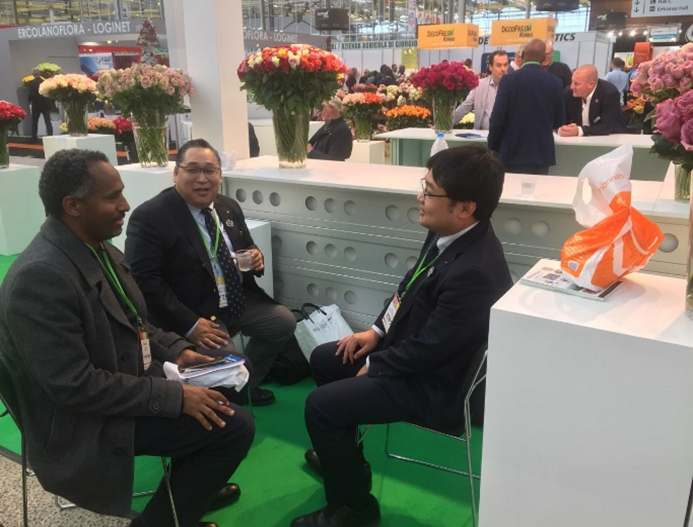 Afri Flower PLC, established in 2014 located its farm at Holeta 22 km from Addis Ababa; which is a perfect combination of altitude and climate an ideal place to grow high quality, long lasting, beautiful flowers. A select group of very qualified Ecuadorian flower technicians, together with the valued local workers, in total 475 employees have created a perfect team committed to providing customers with the highest quality products and service. ​The farm growing a stunning array of Tea Roses, Spray Roses and a variety of summer flowers such as the world three best Gypso varieties from Danziger: Xlence, Galaxy & Million Star with different colors and sizes for export to Middle East, Asia and Europe.

ZK Flower PLC, engaged in Rose flower export business since its establishment in 2008 G.C. located 50KM East of Addis Ababa Debrezei/Bishoftu.  Currently the farm exports over 10 varieties of high-quality roses to Holland, growing its export from 14-16 stems in 2018, projected to export 18 -20million stem in 2020 G.C under the production area of 16.5 ha. It also creates job opportunity for 500 people whom 80 percent of them are women.

Tinaw Business S.C, incorporated locally and established in 2006 G.CP producing cut roses for export market on its 32 ha farm that comprises of 16 varieties that includes Belle Rose, Labelle, Marie –Claire, Mariyo, Heidi, Count Down, Bisou, Athena, Burgundy, Out Law, Tacazzi, MoonWalk, Upper Class, New Orleans, Glow and Patz, with the average length of 40 to 70cm and produces over 30million stems of flowers per year for International market. . The farm is located in an altitude of 1970m South West of Addis Ababa with a land of  The company has directly employed 800 people and support a large sizeable community in the nearby localities by providing clean water as well as participating in construction of rural roads.

Desa Plants PLC, is a Belgian company established in 2007 producing cuttings of ornamental plants located in Ejersa, 83km from Addis Ababa, the capital city of Ethiopia. The company started with 4 hectares of greenhouses in 2008 and in the meantime has expanded to 20 hectares of greenhouses. Also the assortment of ornamental plant cuttings has widely expanded. Next to a wide assortment of pelargonium cuttings, Desa Plants exports cuttings of dipladenia, poinsettia, bedding plants, herbs and perennials all over the world.

Desa Plants produces about 60 million cuttings of ornamental plants and pot plants per year exporting mainly to the European and Northern American market. The company now employs 650 people and is managed by a team of motivated Belgian and Ethiopian professionals committed to produce and export top quality cuttings with respect for people and environment. The team visited to Kenya waste management technology specifically on the management of Lake Naivasha water shade management and clearance of liquid and solid waste to renewable energy. Practical experience on management of waste and renewable energy was composed for further incorporation to Ethiopian context. The bilateral coordination will further augmented to farms in Ethiopian to uphold sustainability. 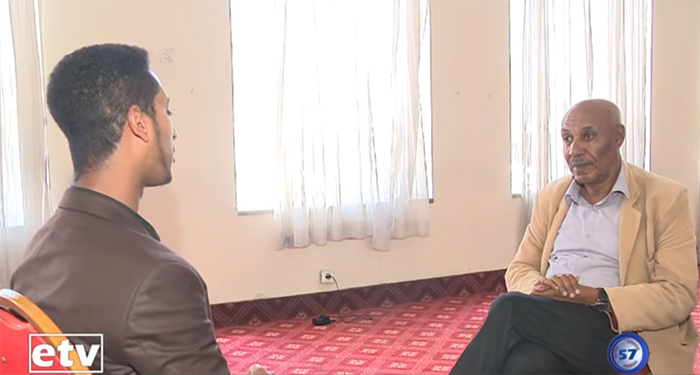 The Ethiopian Electric Utility (EEU) is one of the public enterprises assigned both to widen and modernize universal access to electricity. As part of its responsibility of expanding the service with utmost suitability and simplicity the organization discussed focussing to strength its service as per the stakeholders demand.

As a major stakeholder, Ethiopian Horticulture Producer Exporters Association (EHPEA) participated in the meeting.  Mr. Yhohanes Abebe, Technical Advisor of the Association deliberated challenges of the sector and the need of immediate action to be taken as the sector require due attention of the office.

Margins suffered in 2018 due to excessive supply, but the market is recovering in 2019

How will the future look like for fresh fruit and vegetables in Europe? Will there be a profitable market? These questions have been worrying many exporters in developing countries. However, a profitable market is not just about the European consumer demand. Production volumes and product availability can also significantly influence consumption.Europe continues to increase the total import value of fresh fruit and vegetables from developing countries. These values have actually increased faster than imported product volumes in the past few years. According to statistics, the total import value from developing countries increased 38% in five years, reaching 18.2 billion euros in 2018.Exotic, more expensive fruit that have become more popular with European consumers in recent years, such as blueberries, avocados, mangoes and pomegranates, all helped push these values higher. Sourcing sustainable fresh products, on the other hand, has also become very complex and time consuming, hence more expensive.But growing imports not always means a blessing. In reality, 2018 was a disastrous year for the margins of a large number of exporters. It was a good year in terms of production, but prices were much lower than expected, since the market was forced to absorb an excessive supply of tropical and counter-seasonal fruit from countries such as Peru and South Africa.