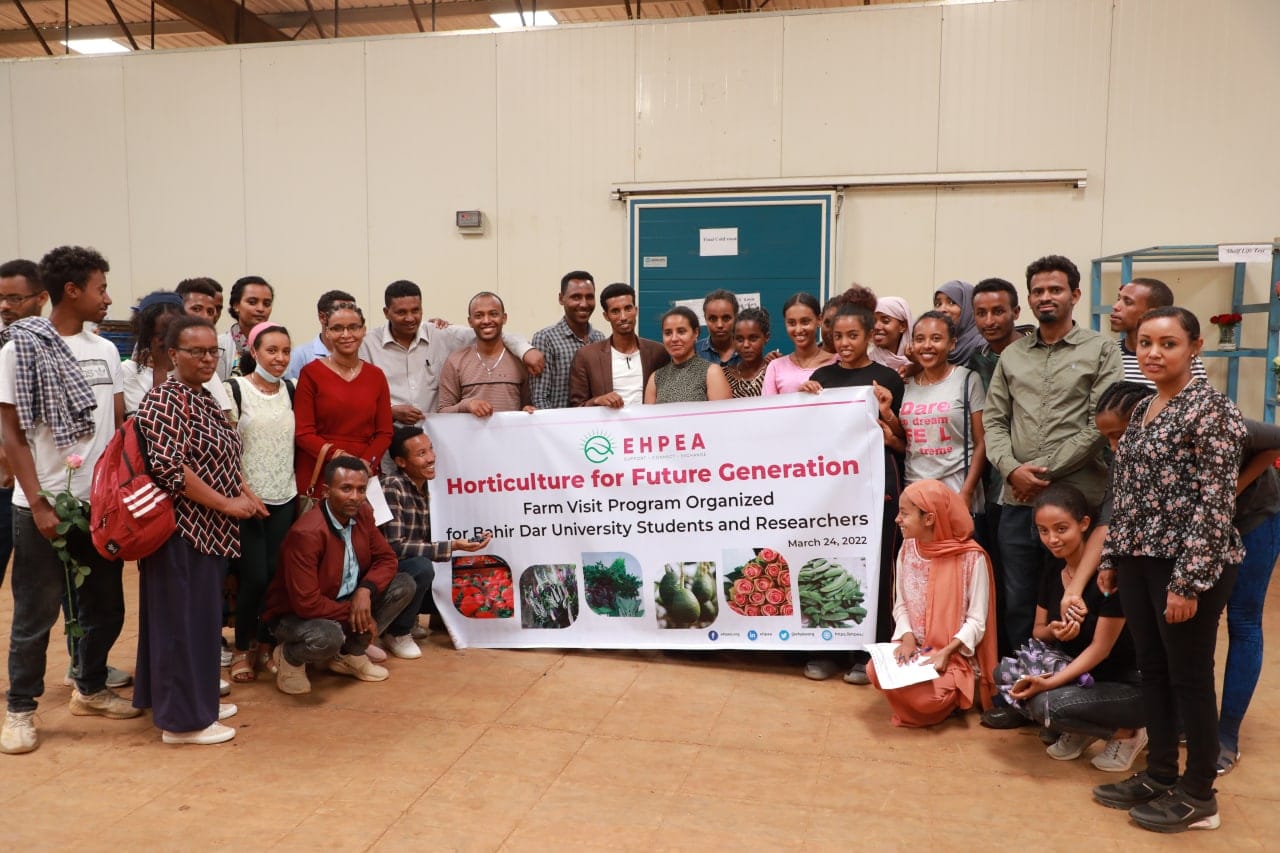 The program organized by Ethiopian Horticulture Producer Exporters Association (EHPEA) with a theme ‘Horticulture for Future Generations’ to give students a chance to get a hands-on agricultural learning experience and a new perspective on the horticulture industry.

This kind of program organized on a yearly base which is open to any student who wants additional perspectives and networking opportunities in agriculture.

On the program the participants got a chance to learn the practical way of growing blueberries from seedling to packing as per the export stand. They also got the exposure on how to manage a green waste using compost system where the farms currently benefiting by changing their waste into wealth.

It is said that the Ethiopian Horticulture Manufacturers and Senders Association has served as an important platform to evaluate business discussions and to improve vegetable and fruit products sent to Djibouti.
Discussion forum at Djibouti Ethiopian Embassy Business and Economics Department Counsellor Mr. Biniam Efrem, Mr. Djibouti Chamber of Commerce Mr. Siyad Ali Hassan and Mr. Tewodros Zewde have given explanation on the measures that can be made to increase the products sent to Djibouti.
It has been stated that regional trade ties need to be strengthened especially during the current global food crisis.
Information we got from the foreign minister shows that the Djibouti delegation team is expected to visit Bishoftu and Qoka farms. 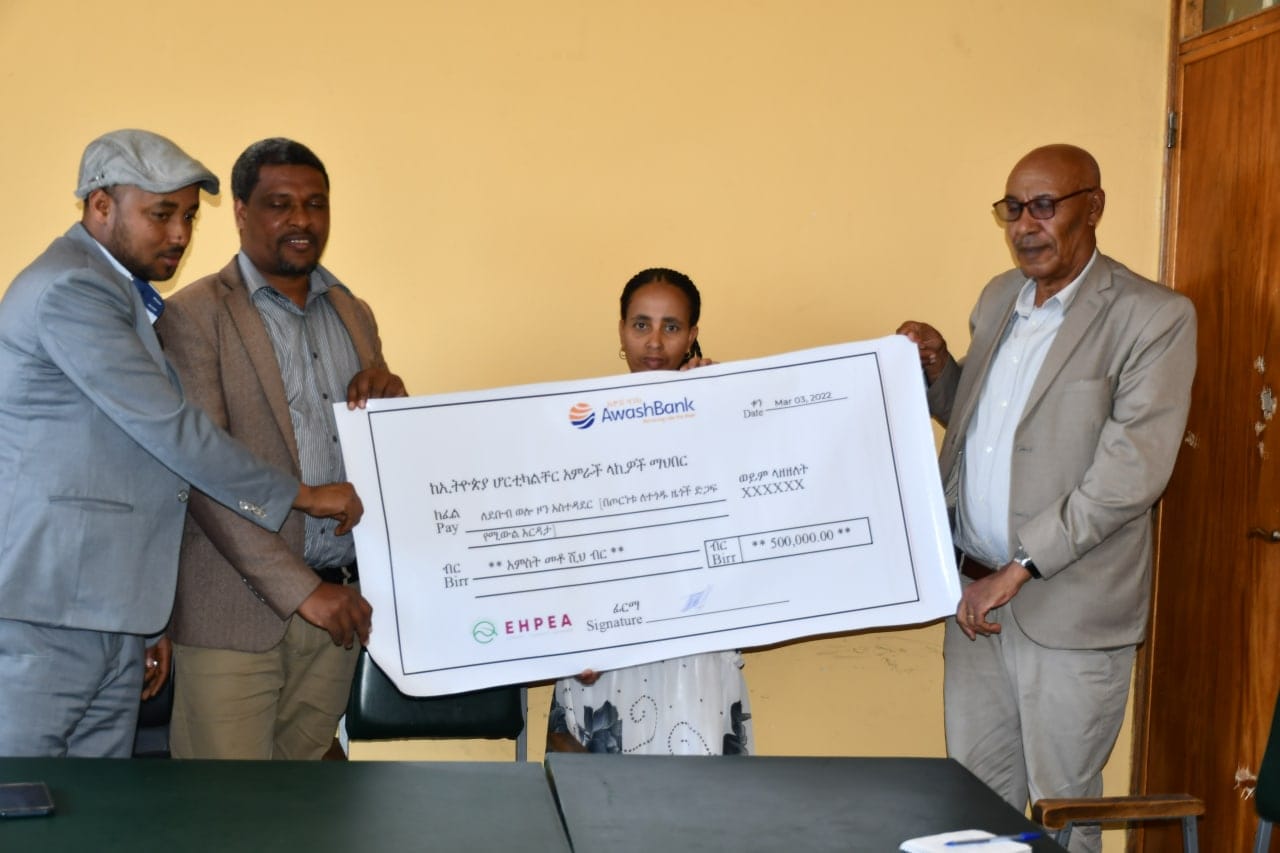 As part of EHPEA corporate social responsibility intervention, 500,000.00 birr donated for displaced community in Wollo due to the war.

He also mentioned the people of Wollo will never forget such cooperation by investors at this difficult time.

Ato Yohanes Abebe, on behalf of EHPEA and Ato Mekasha Tesfaye on behalf of Linsen Rose expressed it is the responsibility of investments to support war and drought victims.

The team also visited the rehabilitation site at Jari.

On the other occasion, members of EHPEA, AQ rose, Bram flower, Herberg rose, and Ziway rose workers donated in kind, 130 quintals of wheat flour for the displaced communities around Kemise zone in Dawa Chefa and 100 quintals of maize for drought affected area in Borena which is estimated the cost of one million birr. 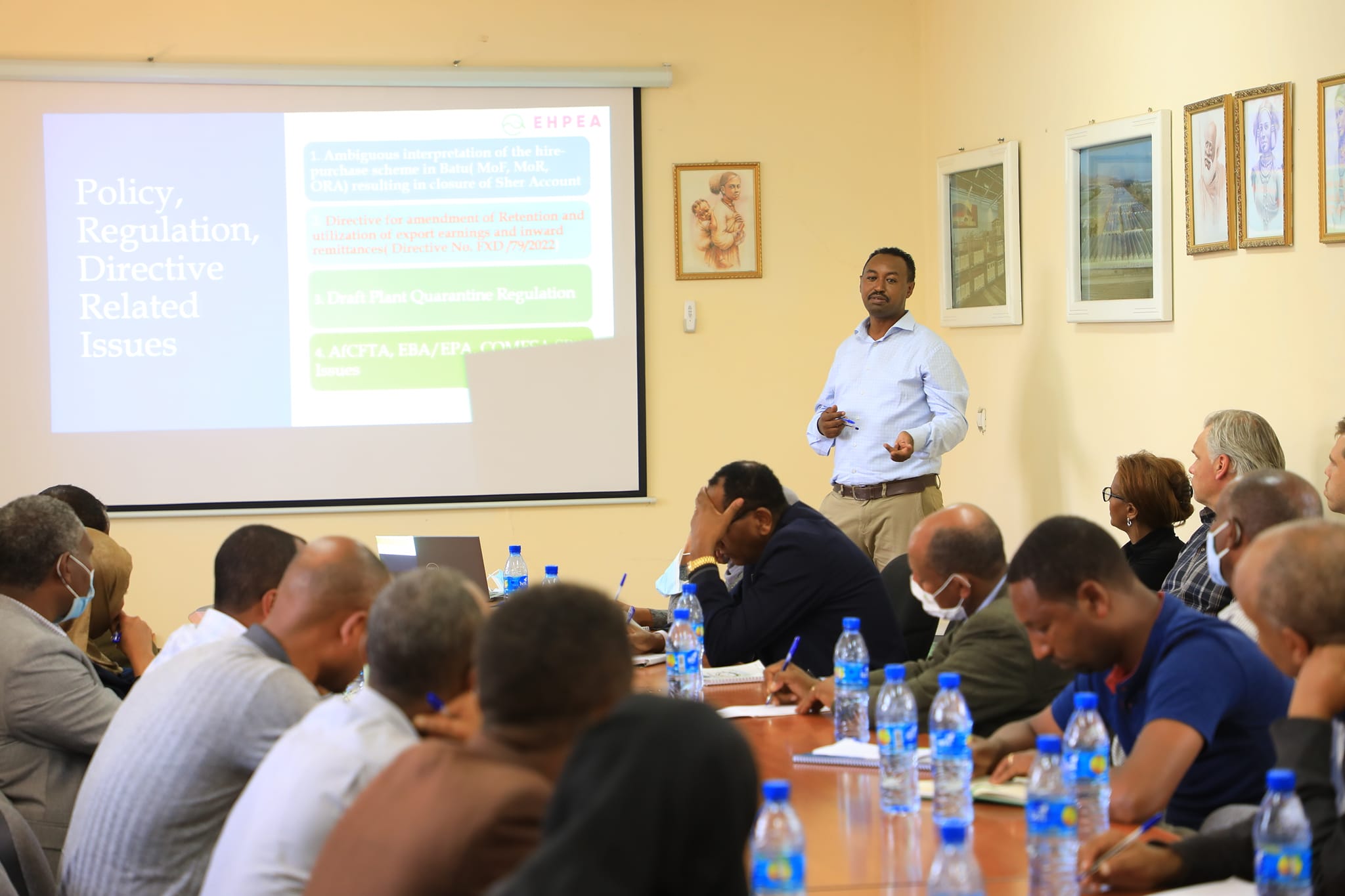 The federal level strategic partnership platform for horticulture conducted its monthly meeting on addressing challenges of the sector today at Batu (Ziwayi) town at Sher farm in the presence of senior officials and representatives of pertinent federal Ministries, Commissions and Ethiopian Electric Utility and Ethio-Telecom. The participants deliberated at length including, among others, policy, regulations and directives related issues, farms specific problems, ambiguous interpretation of tax law, amd frequent power outrage. On the meeting, Dr. Sofiya Kassa, State Minister of Agriculture, emphasized the need for synergy within each government institution and the private sector. Along with the meeting the participants visited the constructed Wetland system and got a briefing how the farms manage their liquid wastes for a better environment protection as well as water saving. The meeting adjourned by taking assignments for prompt response on the raised issues. 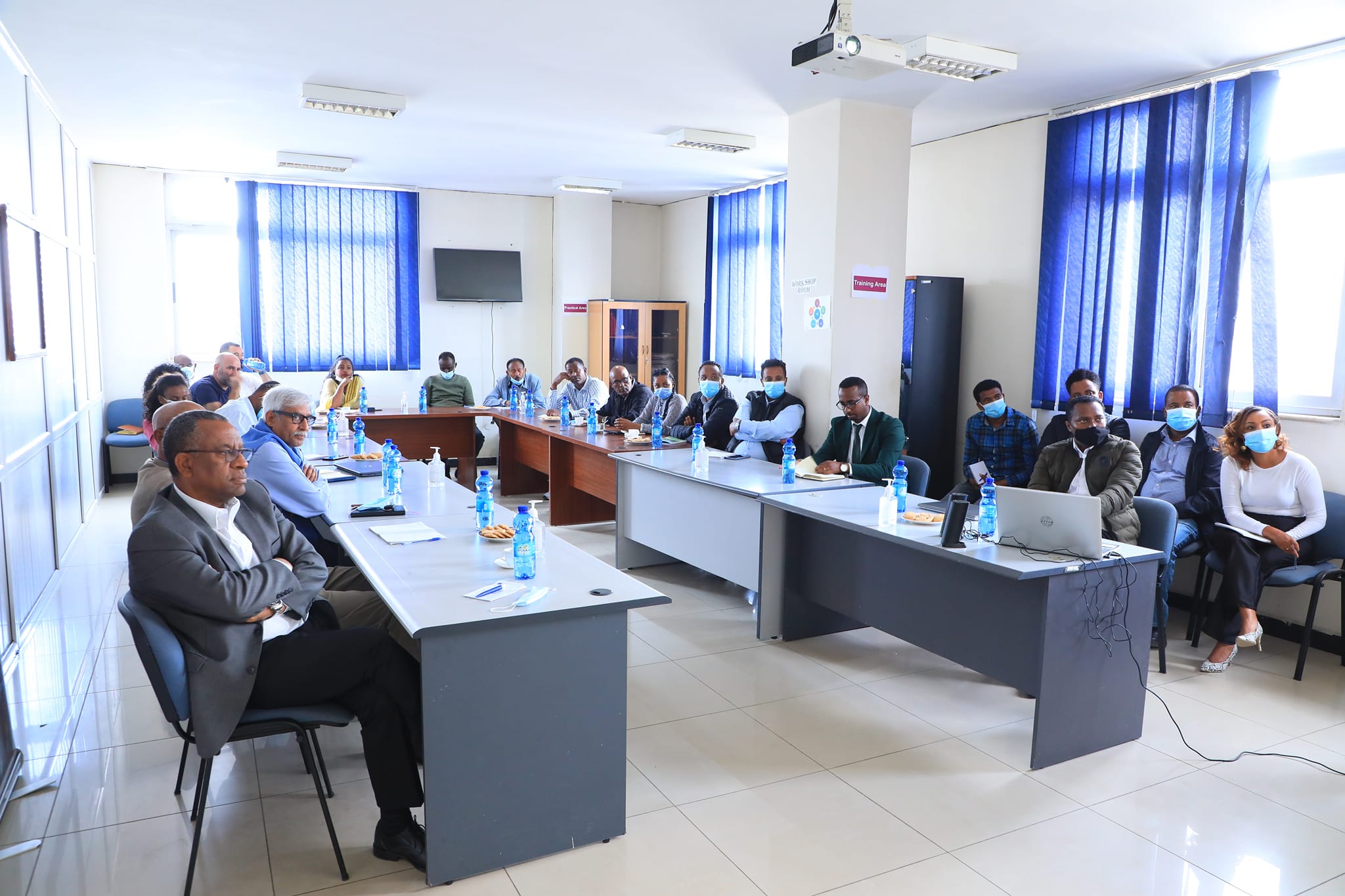 EHPEA presented the market assessment on the potential of fruit and vegetable export to Djibouti targeting the mass and high end market, today for its member farms who are engaged in the production of the fruit, vegetable, herb and seedling at its head office.