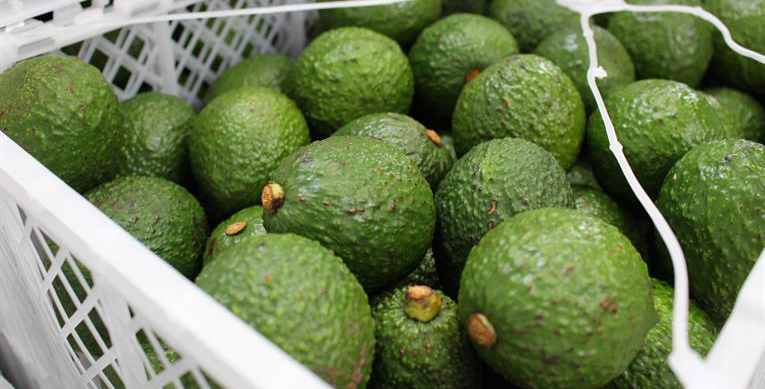 The European avocado market supply shortage is expected to ease over the coming weeks, but importers say the availability of larger sizes will remain limited.

Their comments came after a very different few months in the EU avocado market compared to last year, when oversupply pushed prices to rock bottom.

Elena Rogojnikova of Netherlands-based The Greenery told FreshFruitPortal.com that the avocado market so far in 2019 has been “exactly the opposite" of 2018.

“In the summer of 2018 followed by September and October, we faced a huge oversupply of Hass avocados from South Africa and Peru that resulted in extremely low market prices," she said.

“In 2019, the lack of avocados in the European market is a consequence of the situation in the USA. Due to higher prices over there, a lot of producers from Mexico and Peru have sent their avocados there instead of Europe."

Rogojnikova explained the shortage this year occurred mostly in bigger sizes (from 12 to 20), which fetched “extremely high" prices. Conversely, she said that there is an abundance of small Hass avocados – mainly from Chile and Colombia – putting prices of those sizes under pressure. Chile’s crop is around 25% lower, she said, and the ongoing drought is one of the main reasons behind the smaller sizings.

In addition, she said there have been “some logistical difficulties" due to the social unrest in the country. However, Colombia Hass avocado production is growing every year, she said. Spain has also recently started its season, and Israeli Hass supplies are expected to start in December. “Over the coming weeks, bigger sizes will remain short and the prices will remain high," she said.

Matthew Glancy, procurement manager at U.K.-based Minor, Weir and Willis had also found the 2018 avocado market situation to be completely reversed this year.

The severe undersupply of fruit which had made conditions challenging, he said. Some of the bigger Peruvian shippers had seen crop reductions of 30%-50% and had decided to focus more heavily on what fruit they had on the U.S. market, where the California crop was down substantially. He said the Chilean avocados are far smaller than recent years because of the drought.

The season would also likely finish earlier than normal, he said. “On a normal year they would finish around March, but this season it would finish in the first or second week of January," he said.

With Colombian avocado volumes rising around this time of year – and with Spanish, Mexican and some early Israeli Hass coming through – he said that fruit availability would increase. However, he still expected a general undersupply situation to continue. “We’ll still be relatively short on supply," he said. “But there are a couple of things that can tip it – somebody coming it with a bit more might make a difference. It doesn’t take a huge amount to go into an oversupply or undersupply situation. “What seems to be happening – a lot to do with Chile – is there’s a lot of smaller fruit available, and large and medium fruit is still relatively short on supply. So we need people to be looking at to be promoting what we’ve got."

He added that this year there seemed to be a greater move toward green-skinned avocados, which are naturally larger than Hass.

Rogojnikova noted that the green-skinned avocado season from South Africa was stable this year, albeit with an earlier finish than normal. “There was enough volume and nearly no quality issues," she said. Israeli Galil and Ettinger varieties are in the avocado market with slightly lower volumes than last year, she said, which has resulted in “stable and high prices".

The quality of both Galil and Ettinger was good this year, with no major quality issues. Ettinger will be followed by Arad and Pinkerton in December," she said. Meanwhile, the Spanish Bacon season is almost finished, and the first Fuerte avocados have fetched reasonably good prices.