Guava varieties gaining traction in the US - EHPEA 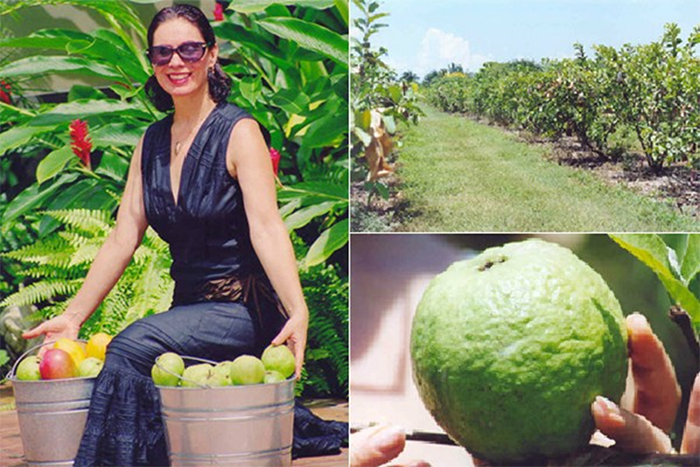 Florida guava growers are experiencing the slower fall season at the moment. Most varieties of guava are available year-round, but production fluctuates with the seasons. During the warmer summer season, guava supplies are stronger, but during fall it’s another story.

Thai and Mexican guava is usually available year-round,” said Rena Mashev of Caribbean Gold. “However, production happens in waves. During the summer, there is a lot of fruit, but right now we are struggling for supply.”

Almost all guava production in Florida is concentrated around the Homestead region. Mashev says growers use plastic or paper bags to cover the fruit on the tree during the growing period in order to protect them from worms. “Each unit is wrapped individually,” she noted. “During the dry season – which is coming now – the fruit tends to become sweeter as the flavor is not diluted by water from excess rain.”

Mashev pointed out four main varieties that are commonly sold in the United States. These are Thai, Florida, Mexican, and Chinese. Thai guava is described as very large, about the size of a baseball. It originated in South East Asia and can have white or pink flesh. Florida guava is smaller with red flesh, while Mexican guava has a particular smell and can be either red or white. Chinese guava is medium sized and has white flesh.

“Thai guava is favored among many consumers,” Mashev said. “Different groups like to enjoy them differently too. Asian buyers typically prefer to eat them while still hard like an apple, and enjoy dipping the fruit in sauces, while others prefer to eat them when they are softer.”

“Thai guava can also be made into a delicious juice,” she added. “All guava are high in Vitamin C and it seems that more people are willing to buy them.”

Retailers getting on board

While guava has often been seen as an exotic fruit that has limited shelf space, some retailers are prepared to promote them more. Mashev shared that some Publix supermarkets have placed information cards about guava in store, with information about the fruit and how to eat them. She hopes that this will encourage consumption.

“They just started this year, so hopefully we will start seeing results from this campaign from next year,” she said. “We pack our guava in 10lb boxes for supermarkets and these typically contain between 10 and 12 units. Thai guava is enjoying steady demand but there are still many people that don’t know what it is and how to eat them. We hope that more people get to know guava and can enjoy them.”