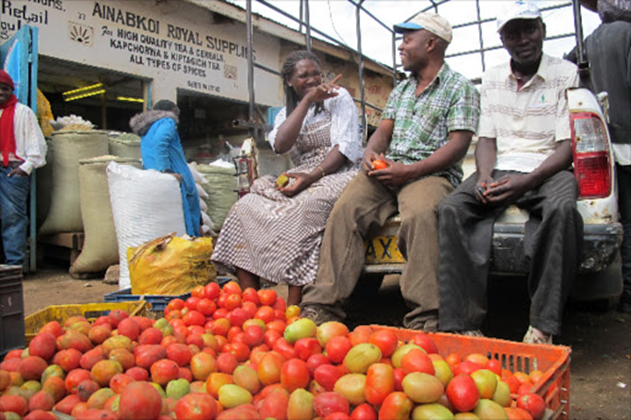 Kenya is now importing tomatoes from Ethiopia to bridge the market deficit that has seen the commodity’s prices more than double in the past one month.

A single tomato is currently retailing at Sh30 in most parts of the country up from between Sh5 and 10.Traders who spoke to the Star said that the price of the imported tomatoes has also gone up  and now costs Sh4,000 per crate compared to last year’s price of Sh2, 000.

Last year, the large crate retailed at Sh8,000 while the Medium and small crates retailed at Sh4, 500 and Sh2, 000 respectively.Traders have warned of a continued shortage blamed on changing rain patterns that has affected production.

Tomatoes are 95 per cent water, with most varieties soaking up summer rains to become pump and juicy on the vine. The weather forecast for March-April-May (MAM) 2020 shows that enhanced rainfall is expected; however above average rainfall is expected across the country.

The expected rainfall is likely to be higher than the long-term average amounts (above normal) for the season. The climatic change has had huge impact on tomato production as the vegetable is fairly adaptable and grows well in warm conditions in optimum temperatures of 20 -25 degrees during the day and 15 -17 degrees at night.

“The current change of climatic conditions has led to very low yields on our own farms. It is also expensive to transport the tomatoes because they are perishable and also the crate has little produce” John Gichoke, a trader at Nairobi’s Wakulima Market said.

According to the National Farmers Service (NFS), tomato farming is appropriate during the dry season as the crop is less prone to diseases such as tomato blight, leaf curling and powdery mildew which cause more than half of the losses in affected plants.

“I need to sustain my family because the economy is tough at the moment. After importing the tomatoes , dividing into different quantities is what brings in the little profit.” Mutuma Joseph, a trader at Nairobi’s Muthurwa Market said.

“We have to sell the tomatoes at a higher price because it is also expensive to purchase from the Ethiopian traders and the goods are also perishable therefore we incur losses when some of the tomatoes arrive when they are already decayed.” Joy Muhambe, a trader at Nairobi’s Fig Tree market said.

Figures from the latest inflation report by Kenya National Bureau of Statistics (KNBS) food basket, indicates that there was an increase in the price of tomatoes from Sh90.28 to Sh95.78 a kilo, a rise of 6.1 per cent.

In Ethiopia, tomato price is imposed by intermediates that usually set a low farm-gate price to boost their profit margin at end-markets.

According to a study conducted in Ethiopia, 98 per cent of the total tomato production is sold in the market while merely two per cent is used for household consumption. Kenya grows more than 400,000 tonnes of the vegetable every year, which corresponds to seven per cent of its total horticultural production making it one of sub-Saharan Africa’s top tomato producers.