LEDs the Future of the Industry - EHPEA 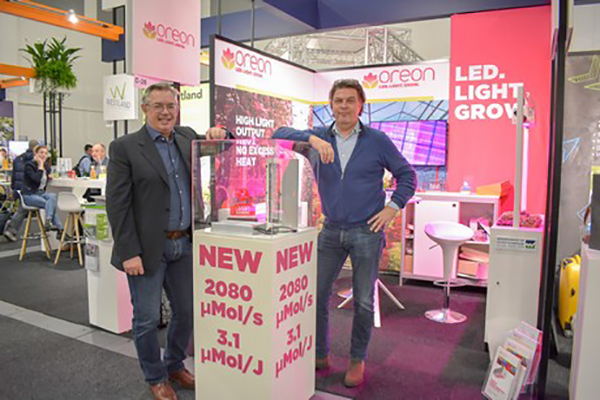 He’s convinced that ultimately, the whole horticulture industry will switch to water-cooled LED lights. Being a producer of the product that doesn’t come as a surprise, but Jan Mol of Oreon has a story behind the products. “It originated in the search for a more sustainable alternative. We succeeded in that, both in terms of usage figures and longevity. In cultivation, we also see the advantage of having your lights produce significantly less heat. You have much more control over your climate, and the plant balance is better.”

“Growers want more light, but not more heat in their cultivation. They want to decrease energy use in the greenhouse, and minimize the amount of maintenance the lights need to undergo. We started from those ideas when we discovered the possibilities of LED lights.” This is said by Jan Mol, director of LED lighting specialist Oreon. Together with his colleagues, he came across this way of lighting, which was new at the time, 15 years ago. They immediately saw the possibilities for lowering energy use and increasing longevity. Via street lights, they ended up in horticulture.

The water-cooled luminaires make it possible to significantly increase the intensity of the lighting without adding heat to the crop, something that was initially particularly popular with cultivations like hydroponic lettuce, herbs and cresses, where heat plays a major role. 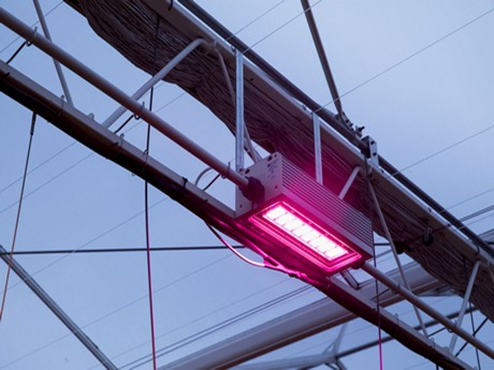 Now they’re seeing more and more tomato growers making the switch as well, in order to be able to work with higher levels of lighting. It’s one of the things they do a lot of research into at Oreon: what does the plant want? How does it react to a certain amount and type of light? And how can they deliver that? “That’s about the amount of light you can administer to a plant and the kind of light. LED has opened up a whole new field of research, because you can also steer on spectrum. That used to be unimaginable. Now we research how we can optimize that steering of the cultivation: with a red-blue spectrum, or by adding extra far-red light. In recent years a lot has been discovered there, but we keep focusing on optimization.”

The fact that the climate is disconnected from the lighting also offers new cultivation opportunities. “It used to be that those two couldn’t be controlled separately, because more light automatically equaled more heat. That’s not the case anymore, and this offers new opportunities and new research questions. You have much more control over your climate. How can you make the most of that?” And that’s not the only thing. For instance, in tomato cultivation, radiation heat actually has a role. “That’s why we now see a lot of growers going for a hybrid solution, with LED being combined with traditional SON-T lighting. Then we want to know if we can meet that heat demand with infrared on the top of the plant. That makes lighting in tomatoes also suitable in warmer climates.”

Oreon lights are all over the world now. “The US, Russia, Canada, Australia, Europe and soon Asia”, Jan lists. “We’re also seeing a lot of applications in indoor and vertical farming. There, cooling the facility is often a big issue. What you don’t heat, doesn’t have to be cooled either – so there water-cooled lights are very welcome.” The technology is now so advanced that at a number of growers, the heat from lighting is used in cultivation again, for example in heating the cultivation floor or the irrigation water.

The LED luminaires themselves are also continuously being developed further. For instance, together with suppliers, a brass coupler is being replaced with aluminum. A small difference, but with important consequences. The design of the luminaires is also important, of course. “The luminaire’s design means dirt can’t amass on the light. It’s also waterproof (IP67), so cleaning and disinfecting isn’t a problem,” Jan shows. “Especially with diseases and viruses popping up everywhere, that’s a major advantage.” 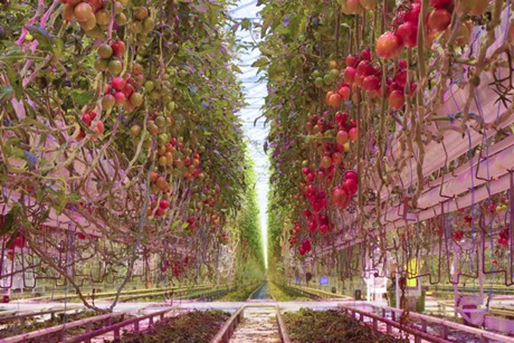 “Ultimately I expect everyone will switch to water cooling”, Jan concludes. “The luminaire is small, it emits a lot of light and thanks to the good cooling it has a long lifespan. Currently growers are still working with a depreciation period that’s equal to that of SON-T lights. LED surpasses that by far, we expect – and with a more stable output. The lights we installed ten years ago are still in perfect working order.” Because of this, he’s confidently looking to the future. “Now we often see that the choice for lighting is based on the price per mmol. That’s ultimately only a part of the story. In practice, you can realize more light hours with water-cooled LED lights, thus getting better ROI. In addition, you’ve got more control over your climate, with less ventilation and thus less heating. All things put together, the choice is easy.” 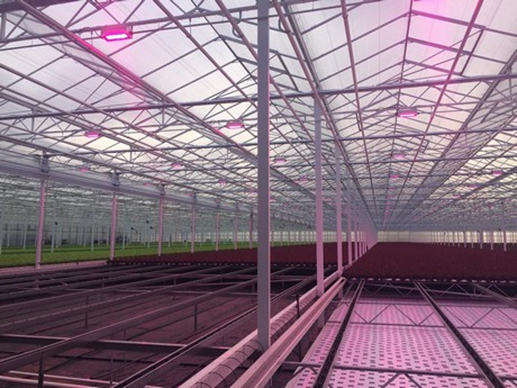 Oreon doesn’t seem to be the only company to realize this: over the year, more and more competitors in the water-cooled segments have appeared. Still, he doesn’t see that as a threat. “We’re so convinced of this product that I would be surprised if competitors didn’t appear. What’s more, the company was established with the idea of making lighting more sustainable. Good competition only encourages innovation and sustainability in the industry.”