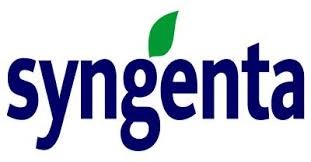 Needless to mention, chemical waste disposal has been one of the most tempting assignments for factories in many countries.

One of the best performing farms in Ethiopia’s horticulture sector, Ethiopia Cuttings, has cautiously carried out the task with the assistance of Polyeco, Greek international firm, well-versed in waste chemical disposal.The firm took over the responsibility after it won a bid announcement made by Syngenta.

According to the bid agreement, the international firm was paid 54,000 Euro and thus, carefully transported the waste out of the country which Syngenta accumulated for over a decade. As regards the disposal process Syngenta has closely audited as to how the firm carried out the activity.

EHPEA wants to provide support to other developers to apply Syngenta’s experience to their farms in the sector. Syngenta’s move could be hailed as a great achievement for the country’s horticulture industry because there has been widespread misconception that chemical waste disposal is something that is left to the government alone. Modeling themselves on Syngenta other companies could take the initiative thereby getting rid of similar waste in their environs.

In the Ecuadorian province of Cotopaxi, floriculture is one of the sectors contributing the most to the creation of employment, given that it also markets one of the world’s most demanded products.

However, despite being one of the groups that contribute the most to the national and local economy, they feel like they are tied hand and foot, because they are victims of crime, which generates huge losses every month.

This was confirmed by José Merizalde, of the flower company Merizalde Ramírez, who said that they have already denounced this fact and have not yet received an effective response.

According to the Cotopaxi flower growers association, two million dollars’ worth of flowers are stolen across the province each year. According to the floriculturist, the “flower thieves" enter at night and steal the product in large quantities, and there’s nothing they can do, since the security guards are not qualified to act or be armed. “The guards prefer to turn a deaf ear, because if they tried to protect the farm, they may get hurt by the criminals."

According to Paulina Hinojosa, owner of a flower company in the Salcedo sector, there are dozens of trucks that go out to sell the product in stores, and their owners have no farms, or greenhouses, or crops, and do not even issue invoices, and therefore sell the product a lot cheaper. Hinojosa stressed that the police as a whole, together with other control authorities, should carry out more operations to prevent this, as this situation is worrisome and has taken a huge toll on profitability. “We are monitored all the time, but criminals can do whatever they want."

Currently, floriculturists are getting ready for Mother’s Day sales.

Watsonville, Calif.-based Driscoll’s Inc. has filed a complaint in federal court against Strawberry breeding company California Berry Cultivars and the company’s co-founder Douglas Shaw. A spokesperson for California Berry Cultivars could not immediately be reached for comment.The lawsuit, filed in the Sacramento Division of the Eastern District of California, alleges patent infringement and conversion of Driscoll’s proprietary strawberry varieties, according to a news release.

“Driscoll’s has made it our mission to produce fresh berries that consistently delight consumers through a hallmark of great flavor. We’ve been able to differentiate the flavor of our berries by investing in our dedicated, traditional breeding program, which provides exclusive varieties to hundreds of independent family farmers,” Driscoll’s chairman and CEO Miles Reiter said in the release. “We believe in a fair and competitive marketplace, and will take required actions to protect our research, patents and proprietary varieties.”

“We will stand up for our patented varieties and the farming families who rely on our breeding programs,” said Driscoll’s general counsel Tom O’Brien said in the release. “Driscoll’s and all of the strawberry breeding programs in California have an interest in fostering fair competition that benefits consumers and growers. We cannot and will not abide by the illegal and unauthorized use of our varieties and believe that all breeding programs should be protected from these kinds of actions.”

The KWIN (Quantitative Information) is famous. Already in 1983 the first edition of this bulky book about the greenhouse horticulture was published. The KWIN contains quantities and prices of, among other things, sustainable means of production, labor, energy, production and sales of Dutch horticulture, of more than 100 crops or business configurations. This spring, the Greenhouse Horticulture Business Unit of Wageningen University & Research is publishing the twenty-sixth edition of KWIN.

The origin of the KWIN was issued by the joint Dutch test stations. WUR has since taken over the task. The data comes in part from energy and production models. In addition, a large group of growers and advisers from the various crops are asked to cooperate.

The topics relate to different levels. At the European and national level it is about trends in the areas per sector. Production and operating costs are discussed at company level. This includes labor, energy, fertilization, crop protection, plant material, packaging and sales. Also the interest and depreciation of sustainable means of production are displayed. Interesting calculations can be made with all that information. Part of it is standard in the KWIN. Examples are production (in kilograms or in pieces) per square meter/per period and cost price per unit of product. In addition, the KWIN also specifies the footprint per product (the environmental impact).

This information and calculations are interesting for various parties, such as banks, insurers, consulting firms and investing entrepreneurs. Moreover, trends and developments can be searched for over a longer period of time. The comparison of several KWINs, for example, shows that thanks to higher production per m2, the cost price for many products has hardly changed in recent years despite the higher costs per m2.

"Demand for locally grown produce will only grow"

Dan Plant, Co-Founder and Co-President of Calgary, Alberta-based indoor farming company MVP Farms, is joining the Indoor Ag-Con 2019 Conference lineup’s Business Track, where he will be speaking on “Spotting A Great Location.”

When he and his business partner, Matt Vanderberg, first started searching for opportunities back in 2016, they set some key constraints.

“We came at this from an asset management perspective and, like anyone else, have an affinity for recession-proof businesses selling into deep markets. So, capital-intensive, controllable and predictable food production had a ton of appeal,” Dan explains. “But more importantly, we thought back to the time each of us had spent working on farms and hanging out with farmers. Again, the technology, facility construction, operations management are all super cool features of this venture, but it is the quality of produce and the direct connection to our customers, making them happy through fresh food that will sustain us for decades. We don’t want to work for another company ever again.”

“We are not going to rush into anything. And we are not going to do anything that isn’t technically superb,” Dan adds. “The demand for locally grown produce will only grow and the technology will only improve. It’s not to suggest that timeliness is irrelevant, it certainly isn’t, but we want to ensure that when we open for business that we have a system that is scalable, backed by superb production technologies and scientific expertise, and a business model that will allow us to expand regionally. And when I say scalable, that also includes a scalable business model—working with sales channel partners that have simple unencumbered access to the deep sources of demand. We’ve got funding in place for our first facility and are currently in the process of developing the grow and automation equipment.”

The organizers of Indoor Ag-Con checked in with Dan recently to learn more about thoughts around the industry, food safety regulations and future plans for his growing company. Read the interview here.

Indoor Ag-Con heads to Red Rock Resort from May 22-24, 2019 for its 7th annual Las Vegas edition. Themed “Growing the Future,” this year’s event moves to a new location and welcomes a number of new features, including a special hemp spotlight, exclusive white paper release, expanded exhibition floor and conference schedule.