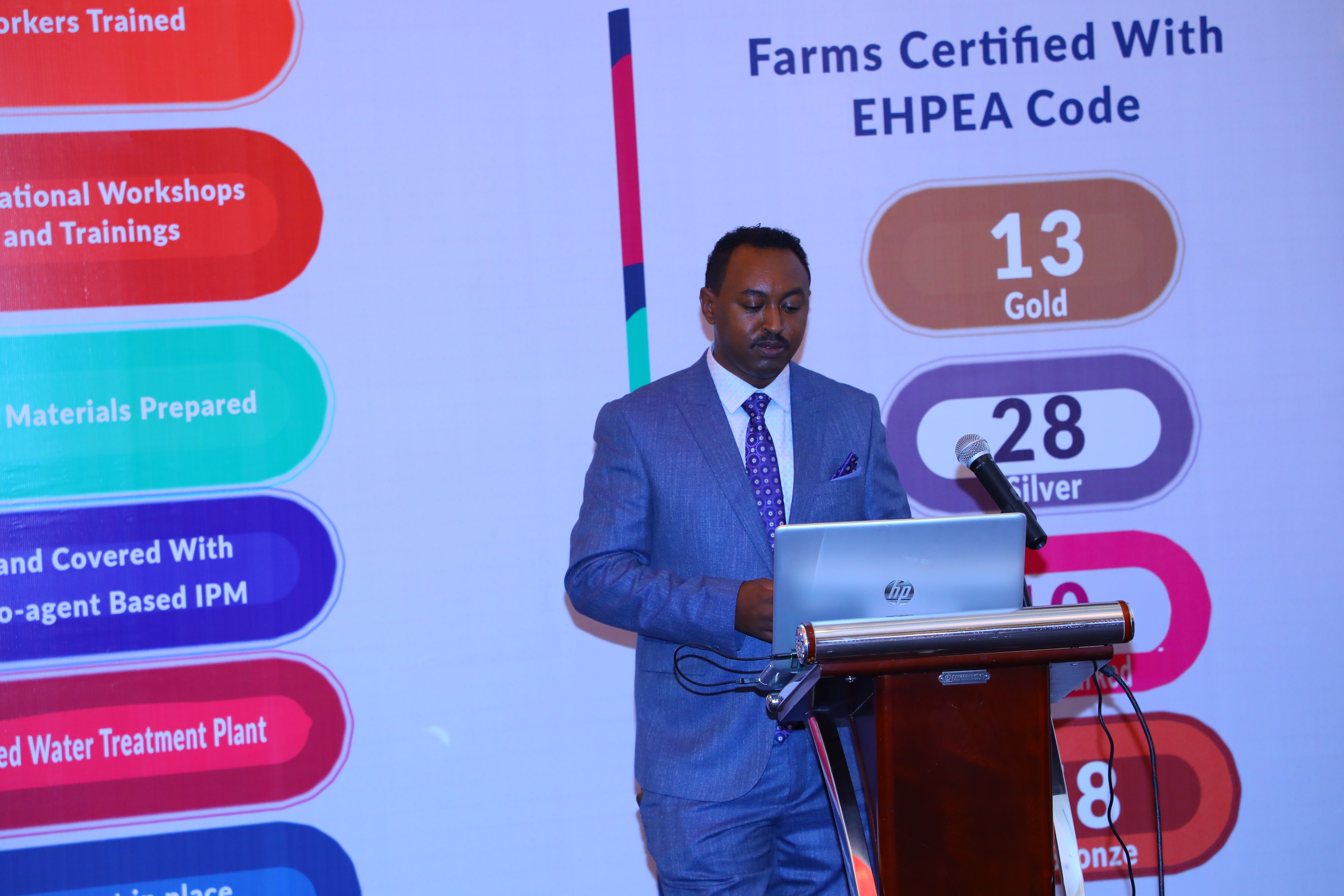 EHPEA launches its accredited TVET Training Institute; ADDIS ABABA, January 28, 2021 – The Ethiopian Horticulture Producer Exporters Association (EHPEA) on Thursday convened a launching event for its accredited TVET Training Institute, which is believed to augment the efforts being made by the Association to enhance the international competitiveness of the country’s horticulture industry, through capacity building and promotion of sustainable and responsible operation of the sector.

EHPEA also introduced its Code of Practice in 2007 as a voluntary initiative to guide, monitor, and communicate the Good Agricultural Practice (GAP) as well as Social and Environmental considerations by farms exporting flowers and cuttings worldwide. The Code has a total of three levels, including, Bronze, Silver (which is benchmarked with the international standard Global G.A.P), and Gold level which demands the farm to actively engage in Quality Management and Corporate Social Responsibility (CSR).

EHPEA has, so far, delivered training to nearly 50,000 farm workers. The Association awarded the Kingdom of Netherlands for its continuous support and unreserved cooperation for more than a decade to achieve this success.

At the launching event the State Minister, Ministry of Agriculture Ato. Wondale Habtamu and other government officials, farm members as well as pertinent stakeholders were in attendance.