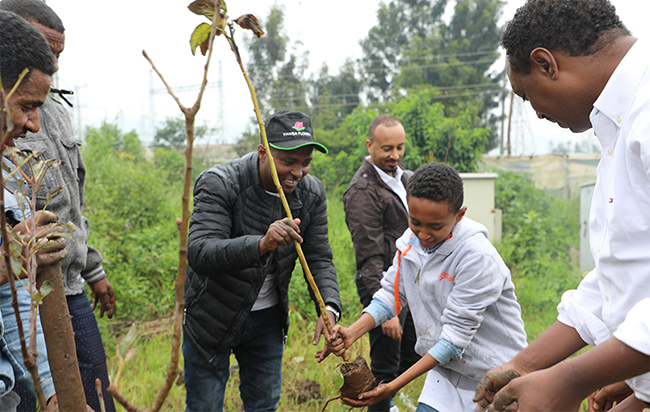 In the morning of the 24th of July 2019, the Ethiopian Horticulture Producer Exporters Association (EHPEA) staff, management and partners gathered at Ayertena condominium supporting the tree-planting campaign which was part of the National Green Legacy Initiative. After a brief introduction of the tree planting procedures EHPEA executive director Mr. Tewodros Zewdie stated in his speech that the Association brought seedlings of various fruit plants collected from associations member farms with consideration that the neighbouring community would enjoy the fruits of plants in the future, He all also added a remark that it is the communities’ obligation to take care of the plans up keep. 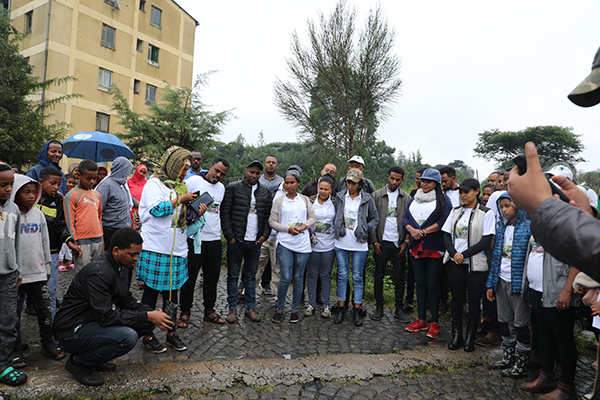 The country wide event aimed at planting 200 million trees in a single day in 1,000 selected sites across the country; to tackle the effects of deforestation and climate change. Prime Minister Abiy Ahmed congratulated citizens for not only meeting its collective Green Legacy goal but also exceeding the set target.

Minister of Innovation and Technology of Ethiopia Mr. Getahun Mekuria said that more than 350 million trees were planted in 12 hours that broke the world record held by India since 2016.