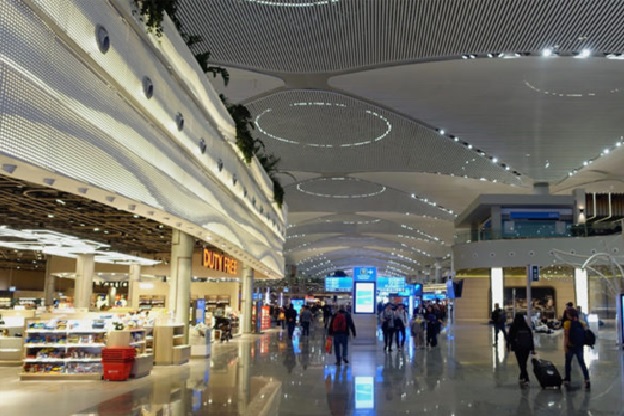 Turkish Airlines, which recently moved its airport from Ataturk to Istanbul, will begin flying cargo planes to Addis Ababa.
Turkish flies to 56 African destinations which is the second highest next to Ethiopian and their desire to increase their market in Africa even further. Company officials who met with Ethiopian journalists at the Istanbul headquarters stated that Africa remains the priority for Turkish Airlines, as the air carrier expands to all four corners of the world. They said that aviation would continue growing in the future and Turkish would grow more than the global trend.

As of April 6 the airlines began using the newly built ultra-modern Istanbul Airport replacing their older hub at Ataturk Airport. Once completed in 2027, the Istanbul airport is expected to be the busiest airport in the world with six runways and four terminals that can accommodate 200 million passengers a year.
Tuncay Eminoglu, Vice President for Asia and Far East at Turkish Airlines says they have gone from 162 planes and 3 million passengers in 2003 to 515 aircraft and 30 million passengers in 2018. In the decade between 2008 and 2018 they experienced a passenger growth rate of 12.8 percent, three times the world’s average.

By 2023 Turkish hopes to serve 140 million passengers. Currently, according to 2017 International Air Transport Association (IATA) statistics the Airline serves the 17th highest number of flyers in the world but according to Eminoglu, by 2032 they expect to be in the top ten. The IATA forecasted in 2018, that China, the US, India and Indonesia would be the fastest growing countries in terms of passengers.
Turkey is rapidly transporting more passengers and cargo so the new airport will be able to serve the highest number of passengers in the world, park 500 planes, feature 500 check-in points and accommodate 143 boarding bridges. The 700,000sqm airport will also have the largest maintenance, repair and operations (MRO) in the world.
At the new airport the aviation firm manages three run ways and they expect to serve 90 million passengers this year and carry 2.5 million tons of cargo. The project has three phases and each phase will increase cargo capacity by 5.5 million tons. By the end of the project the number of passengers would double to 200 million. The company officials explained that by 2025, the aviation sector will contribute 4.9 percent to the GDP and 225,000 jobs. When the airport is finished it will have six runways and four terminals.

Istanbul, which attracts tourists from around the world with its vast historic and cultural heritages and natural location that divides Europe with Asia. In 2017 the country was visited by 40 million tourists, the seventh most in the world.