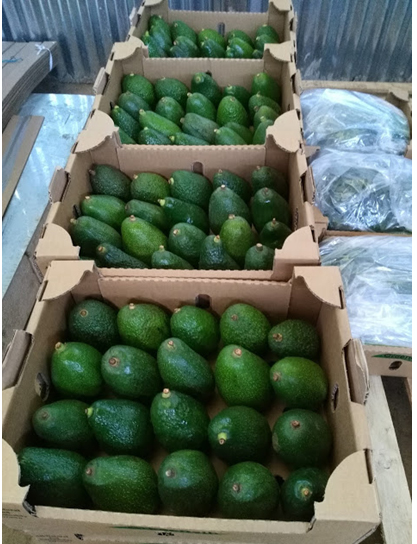 The joint program by USAID, MASHAV of Israel and the Ministry of Agriculture of Ethiopia has introduced over 2,000 farmers with an avocado variety – Hass – imported from Israeli. The program over the past four years has managed to export Hass from Ethiopia and find the results encouraging and worth expanding, according to Wale Getaneh, Deputy coordinator of the project. “The reason we focused on avocado over the last four years is because the international market for it is rapidly growing that Ethiopia has suitable weather for growing avocado,” Mr. Wale told NewBusinessEthiopia.com. He stated that after familiarizing a few thousands of smallholder farmers with the avocado variety imported from Israel and teaching them how they can grow, the project has been exporting Hass avocado to the Netherlands by collecting from the farmers.“We started by exporting two tons of avocado four years ago. After we get good feedbacks from the importers, we decided to increase the volume annually including many smallholder farmers into the project,” he says.

The following year the export volume has increased to eight tons and then exported 14 tons the next year. Wale says they have exported a kilogram of avocado for $3.6, $4 and $5.7, consecutively.“When we exported the 14 tons, we made a trial by exporting eight tons using vessel to see the feasibility of the business for the private sector in the future. But the trial was not easy because of the not much developed logistics sector of Ethiopia, which includes waiting long to freezing container. But the avocados we exported using the vessels finally reached Rotterdam on the 36th day. It was encouraging and the feedback from the client was also very good,” he says, advising the private sector to move into growing avocado for export market.

Wale also suggests that the government should consider good incentives for investors who come to invest in avocado production and export. This is because it has a potential to generate huge hard currency for the country even more than what the country is currently getting from coffee export.

“If well invested in, avocado can take over coffee in a short time in terms generating hard currency for Ethiopia,” Wale says, indicating that Ethiopia should learn from successful horticulture development experiences of Israel and the Netherlands.

He states that in China the price for a kilogram of avocado may reach up to $17, while in California, which is also avocado growing area, a single avocado may be sold up to $2.

The global demand projection of avocado for the coming 20 years is estimated to continuously grow.

Launched in 2005, USAID-MASHAV-Ministry of Agriculture, has been working with smallholder farmers in Tigray, Amhara, South and Oromia regions showing the farmers how to grow Hass avocado variety for international market. The United States Agency for International Development (USAID) has been taking care of the funding part, while the Israeli international development agency – MASHAV – has been dealing with the technical part of the project Ethiopia’s ministry of agriculture is the implementing agency.

From establishing modern avocado and other horticulture seedlings producing nurseries, to distributing them to smallholder farmers in the four regions, the project has been registering good results, according to Wale.

If it continuously gets water avocado seedling may start giving fruit after two years. But preparing the seedling can also take one year. Currently the three nurseries established by the project are supplying avocado seedlings to the smallholder farmers.

The nurseries have a total capacity of supplying 305,000 avocado seedlings. “At the moment we don’t have shortage of seedlings. We are only waiting for the private sector to come and invest,” Wale says.

In addition to the imported rough cover Hass avocado variety, currently there are about half a dozen local avocado varieties in Ethiopia